Social Media Facts You Should Know 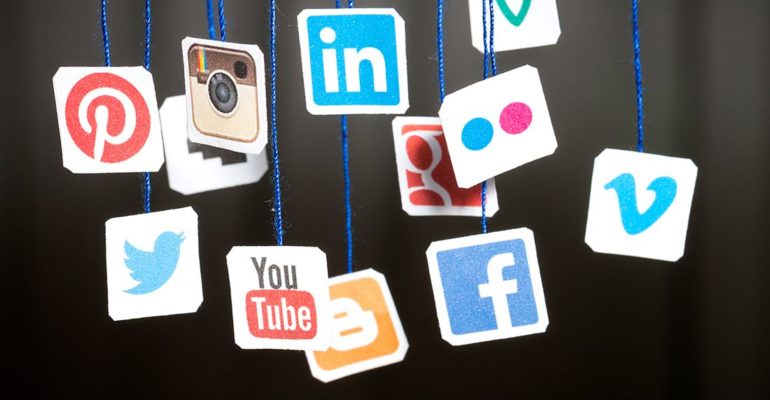 Social Media Facts You Should Know

1. Over 75% of all Internet users use social media. Social media sites used to be an auxiliary territory in Internetland, but it’s become clear that these kinds of sites are now the bread and butter of modern Web activity. They make up a sizable portion of all Web traffic.

2. For younger users, Instagram is more important than Facebook and Twitter. While Facebook and Twitter are still the reigning leaders, their mainstream status means that the younger generation considers them “old school”. Indeed, Instagram is one the fastest growing social networks of 2015. According to eMarketer, there are over 77 million Instagram users in the U.S. alone and that figure is estimated to break 100 million by 2018, which means that 1 out of every 3 people in the U.S. would be using Instagram by that point.

3. LinkedIn is the most important social network for professionals. The value of LinkedIn is proportional to where you are in your career path. It’s where you need to be if you want to build new business connections and relationships, and it’s been that way since 2002. Not only that, but consider the fact that millionaires prefer LinkedIn over all social networks except Facebook. In a poll of 1,300 millionaires, at least 41% of them used LinkedIn regularly. Imagine what could happen if you struck up a connection with one of those millionaires.

5. For the 18-49 age group, YouTube has greater reach than any cable network. This statistic actually first came to light back in 2013, but the truth is that YouTube’s popularity and reach has grown even more since then.

6. YouTube is massive, but Facebook is still bigger. Everyone knows that Google is the most-visited website in the world, but no one would blame you if you thought YouTube came in second. As popular as it is, it’s still outranked by Facebook.

The above-linked poll of Web users found that 77% use Facebook, 63% use YouTube, 25% use LinkedIn, 24% use Google Plus, and 21% use Twitter. In hard numbers, YouTube has a little over 1 billion monthly users while Facebook has over 1.5 billion monthly users. The difference is significant.

7. Reddit is the best social network for large-scale communities. On its 10th anniversary, Reddit had just over 36 million user accounts spread across 850,000+ subreddits (i.e., individual communities) and approximately 10,000 of those subreddits had some activity yesterday.

Why We Focus Too Much on Our Website (And You Should, Too)

How To Increase Referral Traffic

We help organizations turn their operations into a competitive advantage and achieve breakthrough results.

All rights reserved by fairsystems. Copyright © 2013 – 2022.
We use cookies on our website to give you the most relevant experience by remembering your preferences and repeat visits. By clicking “Accept”, you consent to the use of ALL the cookies.
Cookie SettingsACCEPT
Manage consent

This website uses cookies to improve your experience while you navigate through the website. Out of these, the cookies that are categorized as necessary are stored on your browser as they are essential for the working of basic functionalities of the website. We also use third-party cookies that help us analyze and understand how you use this website. These cookies will be stored in your browser only with your consent. You also have the option to opt-out of these cookies. But opting out of some of these cookies may affect your browsing experience.
Necessary Always Enabled
Necessary cookies are absolutely essential for the website to function properly. These cookies ensure basic functionalities and security features of the website, anonymously.
Functional
Functional cookies help to perform certain functionalities like sharing the content of the website on social media platforms, collect feedbacks, and other third-party features.
Performance
Performance cookies are used to understand and analyze the key performance indexes of the website which helps in delivering a better user experience for the visitors.
Analytics
Analytical cookies are used to understand how visitors interact with the website. These cookies help provide information on metrics the number of visitors, bounce rate, traffic source, etc.
Advertisement
Advertisement cookies are used to provide visitors with relevant ads and marketing campaigns. These cookies track visitors across websites and collect information to provide customized ads.
Others
Other uncategorized cookies are those that are being analyzed and have not been classified into a category as yet.
SAVE & ACCEPT
Powered by