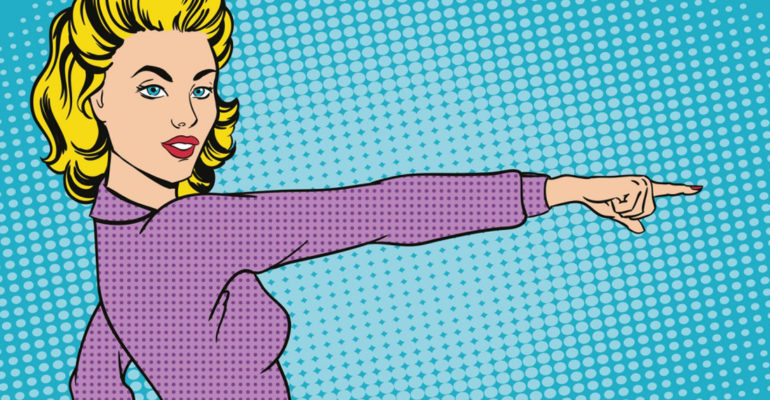 When you’re the only one making decisions on how to reach more users for your product, knowing which direction to take can be tough. In the past four years, influencer marketing has become a reliable customer acquisition channel for software-as-a-service startups, app developers and more.

But you as already know, there are different types of influencers. Micro-influencers are influencers with less than a million followers. These followers can be on social media, write blogs, are on YouTube, etc. The bottom line is: Are these followers loyal and engaging?

To determine the level of engagements, in 2016, the Markerly team conducted a study on follower engagement vs. influencer size, and comparing larger influencers with celebrity-size followings against micro-influencers. In the study, they found that the micro-influencers in the 10,000 to 100,000 range were the most successful in engaging their audiences, displaying a higher like rate (2.37 percent) than influencers and celebrities with more than a million followers (1.66 percent).

With that in mind, here are six tips to help you reach more of your ideal customers through micro-influencers:

1. Find relevant influencers.
If, for example, you sell high fashion women’s business apparel and you contact a YouTube prankster who has a demographic of 10- to 25-year-old boys, how relevant is this audience to what you’re selling?

Even if this influencer has millions of subscribers and each video gets millions of views, your ROI will be less than if you connect and use a female micro-influencer who specialized in job skills training to help women in the workforce.

2. Focus on engagement.
The truth is, user engagement leads to growth. One of the things I do prior to reaching micro-influencers is to ensure they have built a level of engagement with their followers.

“Remember, most big influencers typically don’t have the type of engagement that micro-influencers do. Because it’s easier to engage 1,000 followers compared to 50,000 followers under the same circumstance,” says Heidi Yu, CEO and founder at Boostinsider.

3. Use an army.
Influencer marketing, in general, requires a lot of work. For most people, it’s easier said than done. To help you maximize your results, you need to connect with “lookalike” micro-influencers.

You can decide to start off with one specific influencer, but not for too long. It’s essential to build an army of micro-influencers who can simplify your message, communicate it clearly, and provide the impact that you need for the fraction of the cost.

You may think that the moment you build a relationship with an influencer with 3 million followers, that all your worries are gone. After all, your app can get the attention it truly deserves, right? Don’t be deceived, a huge audience doesn’t mean lots of downloads.

Victor Ricci, founder at Trend Pie, recommends that “instead of paying $3,000 per tweet, which isn’t guaranteed to generate the results you’re looking for, you should approach a group of micro-influencers who can do it for $450 per tweet.”

You’ll get more exposure and more downloads — without spending extra money. Don’t be carried away by follower counts. Spread your tentacles to more micro-influencers.

This can provide a form of social proof because when an ideal customer sees comments or endorsements from two or more experts, it influences their potential purchases.

As an example, for a CPG brand, Merkley + Partners leveraged 130 micro-influencers to promote a niche line of laundry detergent. After calculating ROI in respect to media value on this campaign, they saw a 29 percent increase, which is higher than a similar campaign using one big celebrity.

“We started sending one out highlighting the bestselling items of the previous week, to give influencers an idea of what to push. It has worked extremely well. In fact, our sales have increased by 200 percent and there are more opportunities to improve it,” says Conrad F. Smith, sales director at Offers All Day.

6. Show them love.
When it comes to influencer marketing, cut through the noise by showing love. Ditch promotional emails that are boring and pushy. Instead, show micro-influencers that you care and value their time. Start by admiring their work (e.g., article, video, book, presentation, website).

Sarah Ware, CEO of Markerly, advises that “influencers, like consumers, don’t want to feel like they’re just another target for your messaging so make them feel like a part of your brand’s family.”

Next, show how much you would love to work with them. Always explain clearly why that particular micro-influencer is the right fit for your message and brand in general.

Conclusion
The ultimate key to winning at influencer marketing, especially when connecting with micro-influencers, is to provide tremendous value.

You don’t want to appear salesy, but don’t hoard your value either. You may be promoting your mobile app, or trying to gain more brand awareness, but bring value first!

No matter the form of marketing you employ, quality will always beat quantity.

5 Serious Business Books to Read Over the Holidays

We help organizations turn their operations into a competitive advantage and achieve breakthrough results.

All rights reserved by fairsystems. Copyright © 2013 – 2022.
We use cookies on our website to give you the most relevant experience by remembering your preferences and repeat visits. By clicking “Accept”, you consent to the use of ALL the cookies.
Cookie SettingsACCEPT
Manage consent

This website uses cookies to improve your experience while you navigate through the website. Out of these, the cookies that are categorized as necessary are stored on your browser as they are essential for the working of basic functionalities of the website. We also use third-party cookies that help us analyze and understand how you use this website. These cookies will be stored in your browser only with your consent. You also have the option to opt-out of these cookies. But opting out of some of these cookies may affect your browsing experience.
Necessary Always Enabled
Necessary cookies are absolutely essential for the website to function properly. These cookies ensure basic functionalities and security features of the website, anonymously.
Functional
Functional cookies help to perform certain functionalities like sharing the content of the website on social media platforms, collect feedbacks, and other third-party features.
Performance
Performance cookies are used to understand and analyze the key performance indexes of the website which helps in delivering a better user experience for the visitors.
Analytics
Analytical cookies are used to understand how visitors interact with the website. These cookies help provide information on metrics the number of visitors, bounce rate, traffic source, etc.
Advertisement
Advertisement cookies are used to provide visitors with relevant ads and marketing campaigns. These cookies track visitors across websites and collect information to provide customized ads.
Others
Other uncategorized cookies are those that are being analyzed and have not been classified into a category as yet.
SAVE & ACCEPT
Powered by